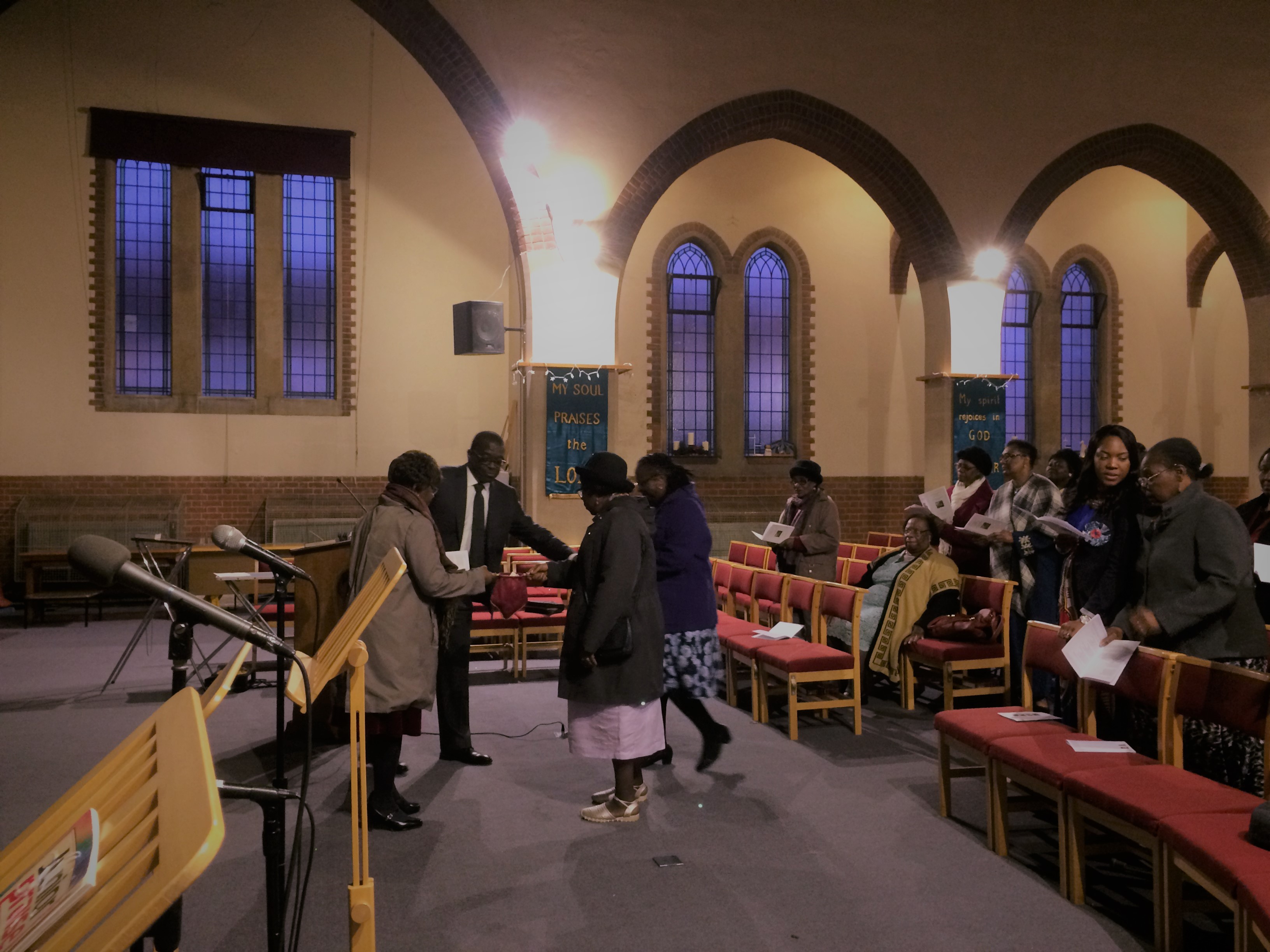 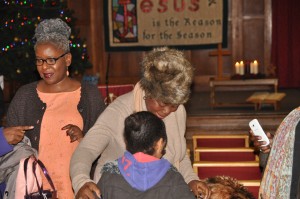 It was a wonderful service with nine carols and nine readings.

We received plenty of well wishes, donations and a large amount of support which combined to make the carol service a success.

All the support was greatly appreciated.

As the event took place during the summer holidays, it benefited from the presence of friends, relatives and visitors with close links to The Lottie Betts-Priddy Education Trust.

The 2015 Family Fun Day was organised in partnership with the University Academy of Engineering (UAE) in Southwark. 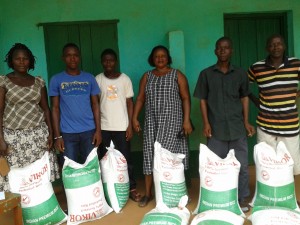 During the Ebola Crisis, schools in Sierra Leone have been closed since July 2014. Understandably, this has had a damaging effect on not only the pupils but their teachers who experienced hardship due to the closure of schools. The Trust took the initiative and provided each teacher with bags of rice to help them out. Now that the worst of the Ebola Crisis is seen to be over and that schools are re-opening this April, our thoughts are with teachers and pupils as they attempt to re-start their education. 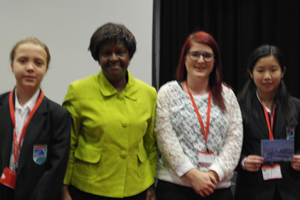 At very short notice, the Chair was invited to Brunel College assembly on Wednesday 4th December 2013 to present a prize for the best decorated box designed by tutor groups. The staff and students at Brunel College did a magnanimous job to donate such a huge amount of books, stationery items, sweets, chocolates, etc., to further our work at REC primary school in Hamilton Village. 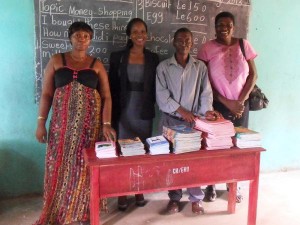 Melrose Asgill, our Project Coordinator, and Ayodele Betts-Priddy (Lottie’s daughter) were able to hand over a full complement of textbooks to the headmaster, teachers and pupils. 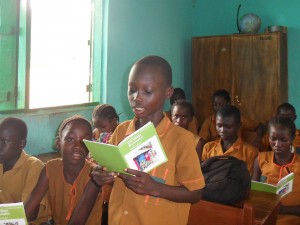 Joseph is taking advantage of the full complement of textbooks that the Charity was able to provide for each class. This will considerably aid both teaching and learning at the school and both teachers and students are excited and motivated by the new resources that should serve several generations of pupils. 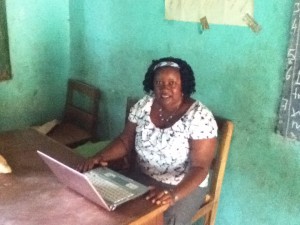 After Dame Linda Dobbs visited Sierra Leone in 2013, she donated computers, printers and a school bell. These were included in the shipment that arrived at the school in September 2014. Along with other donations, they will form the core of a computer unit that can be used by both the school and the village after the school is electrified. We thank our Patron for her continued support of the Charity. 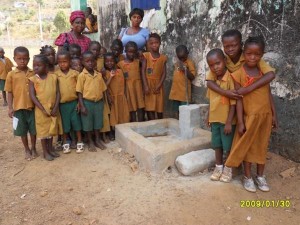 We are delighted to tell you that for the first time REC Primary School in Hamilton has running water. There are taps now outside the Head-teacher’s office, the toilet and the kitchen, significantly improving hygiene at the school. 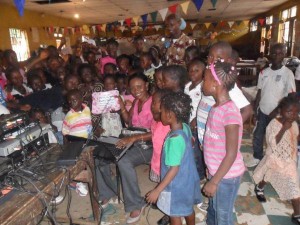 There was music so the children were able to dance and really enjoy themselves. The photographs show how much fun the children had on the day The headmaster was also able to arrange for the front of the school to be painted in the school colours with the balance of the donation.

We have signed an agreement with the Rural Community Primary School in Hamilton Village (on the coast of the Western Area in Sierra Leone) to work together to upgrade the school. 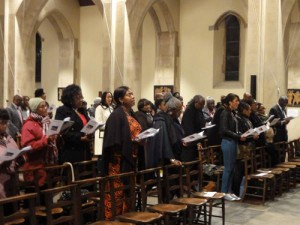 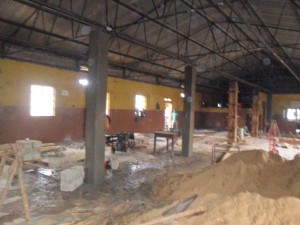 The charity, Making Things Happen in Sierra Leone, is making excellent progress with the renovations at the Thomas Peters School in Freetown. 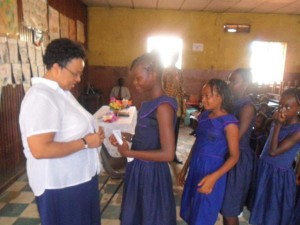 Dobbs combined personal and charitable commitments in a long-overdue visit to Sierra Leone in June. During a whirlwind trip, she was introduced to both schools and meet staff and pupils by Doreen Fergusson, our project coordinator. Visiting the schools gave her an ‘up, close and personal’ perspective on why the Charity needs to do the work it does. 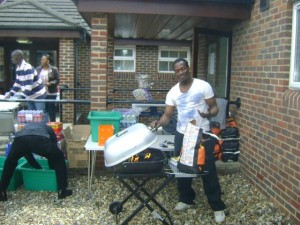 Fun for the Whole Family! 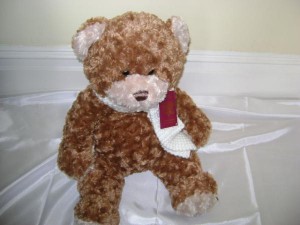 There has been a wonderful response to our appeal and we have received toys, cuddly bears and even kitchen items. Keep them coming and thank you so much to our generous supporters. If you would like to try your luck, rafffle tickets are available from the trustees and you can contact us by email or phone. 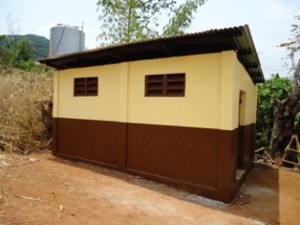 We are delighted to share the wonderful news that a new toilet block has been completed at Regent Rural Education Community Primary School. 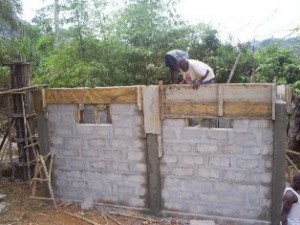 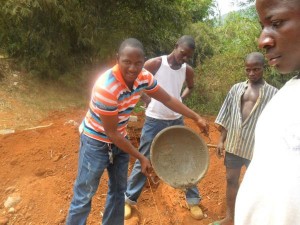 The pictures show the beginning of the rebuilding of Regent Rural Education Community Primary School toilets. Present at the site on Friday 11th February were the Head Teacher, Mr Leigh, Project Co-ordinator, Doreen Fergusson, Contractor, Sylvester Gouldson and some of his workmen. Prior to the start of the building work, the Sierra Leone tradition”pouring libation”, a tradition inherited from our ancestors. 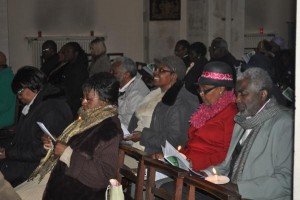 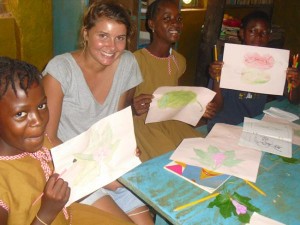 Vida Scannell, our second gap year volunteer has returned from three weeks in Sierra Leone. She had a wonderful experience and the children in both Regent School and Thomas Peters Schools were very excited to participate. 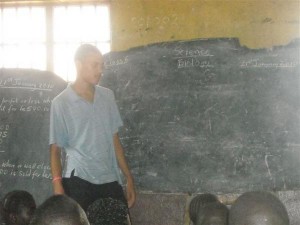 Johnny Sow spent three weeks assisting, Mr. Kanu, the senior maths teacher with the top class. Conditions were difficult but he has found it a rewarding experience. 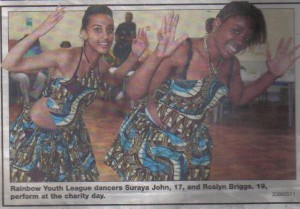 In celebration of the Day of the African Child (June 16th); we held a Family Fun Day on 8th at the Lewisham Methodist Church, Albion Way, Lewisham. 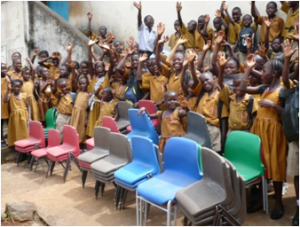 The Lottie Betts-Priddy Education Trust donated 86 chairs to Regent Rural Education Community Primary School on Thursday 25th September, 2008. This is a continuation of the distribution that took place by the Chair, Isa Davies, earlier this year. 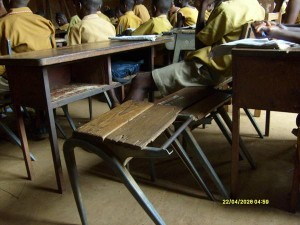 Regent Rural Education Community Primary School is one of two schools the Trust is currently focussing on. These pictures were taken during Isa Davies’ recent trip to Sierra Leone. 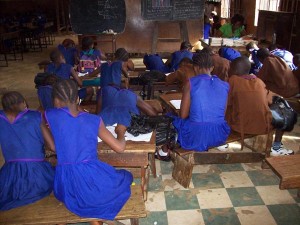 The Thomas Peters Primary School is one of the schools the Trust is proposing to support. Located right in the centre of Freetown, it is named after one of the City’s founders. 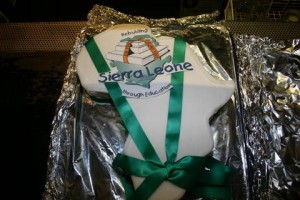 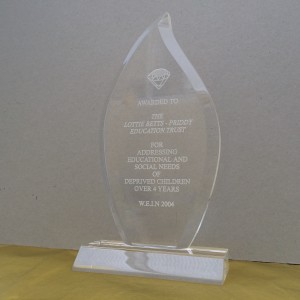 Awarded to The Lottie Betts-Priddy Education Trust by WEIN in 2004 for addressing educational and social needs of deprived children in Sierra Leone. 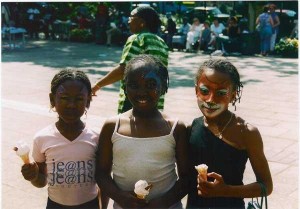 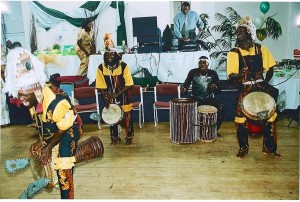 In 2002, we celebrated with a dinner-dance in Crystal Palace. Baroness Howells, our patron, spoke before dinner. The event was well attended with many guests wearing their most elegant African outfits. 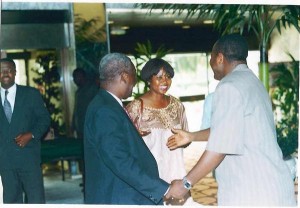 Lottie representing the people at the Lomé Peace Conference:
26-06-1999

Lottie went to the Lome Peace Conference in Togo in June/July 1999 as a Civil Society representative. 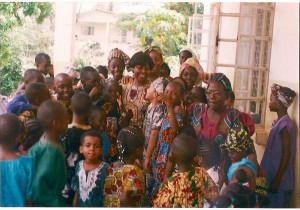 Lottie celebrated her 49th birthday with pupils at the RonSab School, a private primary school owned by her family in Freetown, Sierra Leone. She was the proprietress and taught there for several years up to her death.